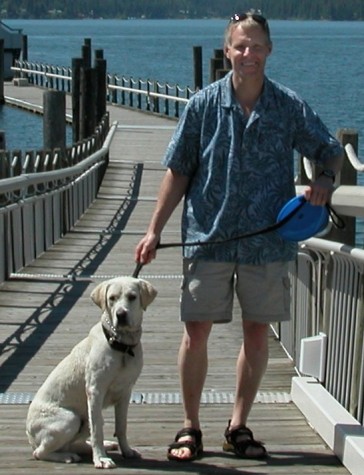 Hi, I'm Mark Young,
I would like you to feel as comfortable as possible when you attend a counseling/psychotherapy appointment with me to discuss your concerns.

You have the right to know some background about a counselor with whom you might be sharing very  important, private parts of your life.  I grew up in Southern Wisconsin, fished, camped, wrestled, played tennis, rode motorcycle, and worked a lot while attending school.

As a teen, I considered careers in herpetology,  photography, and started college as an art major at Univiversity of Wisconsin-Whitewater. However, I met a senior, Kathy Farina, my freshman year, who was a social work major. I was about to change my major to English and focus on writing, when I took Intro to Social Work/Social Welfare, taught by Professor Charles Zastrow, Ph.D. on a whim. Within weeks I was convinced to change majors to social welfare/social work, and have never regretted the decision. By my senior year, I was certain I wanted to get my Master's degree, and pursue a career in clinical social work, which is a foundation for psychotherapy (see "counseling" page for more info. on various disciplines that provide psychotherapy).

The late Professor Ralph Navarre announced to our research class a "psych tech" position at the inpatient psychiatric hospital in my home town. I applied for and got the job (over many other applicants I was told). I worked as a psych tech during most of my college years. I also worked at YMCA Camp as a counselor, and at Beginnings Group Home with delinquent boys.

I went straight on to grad school at University of Wisconsin-Madison, earning my Master of Science in Social Work (MSSW).

I did internships on the Inpatient Psychiatry unit at the Madson/Middleton VA Hospital under Bob Kelter's supervision, and also as an outpatient therapist for the Rock County Counseling Center, under Diane Roang's supervision.

Immediately after graduating in May, 1988, I accepted an outpatient therapist position at the Dickinson County Counseling Center in Kingsford, MI (now called, "Northpointe") & became a yooper around June 5, 1988.

I worked at the Counseling Center 4.5 years, leaving in December 2002, to accept a position with Colleen Osier, MS, LLP at Dickinson County Memorial Counseling Services. We added a psychiatrist and changed the name to "Sandstone Psychotherapy Center".

Various challenges led to DCH stepping out of the Behavioral Health field, and MGH taking over the clinic for a few years. They offered me a position, which I appreciated, but I opted to strike out on my own in Feburary 1998 - ten years after I'd come to the U.P.

Today, I counsel about 45 to 65% kids / 35 to 55% adults, and schedule most appointments on Monday, Tuesday & Wednesday. Hours vary, but I often start seeing patients around 9:30AM, and last appointment is usually 7:30pm; however, I often start or end earlier or later.